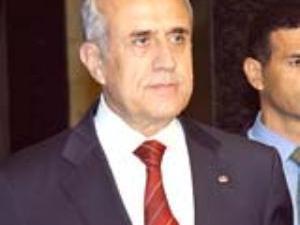 President Michel Suleiman has said the containment of the deadly clashes in the northern port city of Tripoli last week were “a sign that the cabinet is capable of preserving stability,” stressing that its lifespan depends on the level of its performance.

In his first interview after the formation of Premier Najib Miqati’s government, Suleiman told An Nahar daily published Tuesday that the Tripoli “test succeeded in (enabling the cabinet) to hold a grip on the security situation."

Both pro-government and opposition officials showed their intention to contain the Tripoli clashes that erupted between the districts of Bab al-Tabbaneh and Jabal Mohsen on Friday, he said.

It would have been difficult to contain the incidents if the government was not formed, Suleiman told An Nahar, adding that one of the characteristics of the cabinet is that it consolidates civil peace.

While saying that the cabinet is not a national unity government, he stressed it is “balanced” due to the centrist forces in it. “It is a new experience.”

He lamented that the March 14 forces, which are now the opposition, have rejected to participate in the council of ministers and denied that his relations with the coalition had deteriorated.

The president also made sure to send the message that some officials would be held accountable for irregularities.

Internal Security Forces chief Maj. Gen. Ashraf Rifi made a violation and should be held accountable by the new cabinet, he said about Rifi’s rejection to abide by the orders of then Interior Minister Ziad Baroud to withdraw his forces from a building affiliated with the telecommunications ministry.

When asked about criticism that the government will not live for long, Suleiman said that its “lifespan hinges on its performance and whether it would be democratic and institutional or not.”

He reiterated that Syria did not take part in the formation of the cabinet and that he imposed the current balance in it. Suleiman also denied that he was planning to visit Damascus after the government receives parliament’s vote of confidence.

Asked about Lebanon’s ties with the international community, the president said the world will judge the cabinet based on its performance and should not consider it a Hizbullah government. The policy statement will remain committed to the international tribunal, he said.

Meanwhile, An Nahar said that Suleiman held a telephone conversation with Free Patriotic Movement leader Michel Aoun for the first time since the lawmaker launched a campaign against the president over the interior ministry portfolio. The campaign ended when both men agreed last month on allotting the portfolio to Marwan Charbel.

Its not like he has a choice, the government is full of reformist ministers; they will outshine and shame him if he does not take this approach.