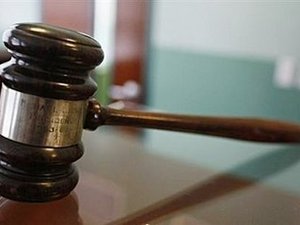 A U.S. jury has ordered a Minnesota woman to pay 1.5 million dollars for illegally downloading 24 songs in a high-profile digital piracy case.

Jammie Thomas-Rasset, a single mother of four, was found liable by a jury on Wednesday of copyright infringement for using KaZaA peer-to-peer file-sharing network to download the songs over the Internet.

The verdict was the third in the long-running case and was welcomed by the Recording Industry Association of America (RIAA).

"We are again thankful to the jury for its service in this matter and that they recognized the severity of the defendant's misconduct," the RIAA said in a statement.

"Now with three jury decisions behind us along with a clear affirmation of Ms. Thomas-Rasset's willful liability, it is our hope that she finally accepts responsibility for her actions," it said.

Thomas-Rasset was convicted previously, in October 2007, and ordered to pay 220,000 dollars in damages but the judge who presided over that trial threw out the verdict calling it "wholly disproportionate" and "oppressive."

The RIAA and major music labels brought suit against thousands of people for illegally downloading and sharing music, with most agreeing to settlements of between 3,000 and 5,000 dollars.

Thomas-Rasset, however, has consistently refused to settle the case.

In December 2008, the RIAA said it will stop suing people who download music illegally and focus instead on getting Internet Service Providers to take action.

The move away from litigation represented a major shift in strategy for the music industry group, which had filed lawsuits against some 35,000 people for online music piracy since 2003.(AFP)