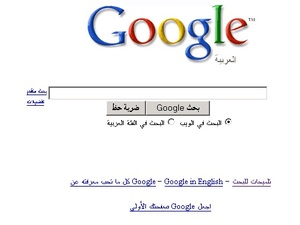 The decision to open the Internet to a flood of Web addresses ending in anything from company names to social movements could prove a boon to search engines.

The Internet's global coordinator on Monday approved the creation of website addresses ending in just about any word, triggering one of the biggest ever shake-ups in how the web operates.

The Internet Corporation for Assigned Names and Numbers (ICANN) voted overwhelmingly for the proposal at a meeting in Singapore despite fears the shift would cause some confusion and favor large companies.

The change shouldn't make it tougher to scour the Internet for what people seek, according to Internet search giant Google and its rival Bing.

"Google is experienced in ranking and returning web pages, regardless of top-level domain (TLD)," Google told Agence France Presse, referring to the code after the second dot in web addresses, such as .com, .gov and .org.

"If the best result is on a non-traditional domain, we still intend to return that page to our users," the California-based firm said.

Microsoft online services division senior director Adam Sohn said that freeing constraints on the endings of Web addresses will have "not much" of an impact on the company's Bing search engine.

"When you look at how search is done, the domains do not have a big impact... On the consumer side, people search using keywords or names, not domains," he said.

On the back end, or indexing side, search services examine content, links, and myriad other "signals" to rank pages in search results.

The new domain names could drive more traffic to search engines, as more users rely on them to navigate the amalgam of domain names.

"We feel that the decision to allow anyone to start their own top-level domain has the potential for widespread user confusion," Google said.

"In order to sort out this confusion, TLDs might actually cause users to turn to search engines more often."

The $185,000 price for companies or organizations to apply for generic TLDs of their choosing could reduce the explosion of Web addresses.

However, companies will be under pressure to buy the domain names just to make sure they control Web addresses related to their brands or images.

ICANN chairman Peter Thrush told reporters the new naming system will be a "tremendous opportunity for people to take control of this aspect of their branding and develop it in their own way."

Industry observers say global giants such as Apple, Toyota and BMW could be in the vanguard of launching websites with their own domain names, ending in ".apple", ".toyota" and ".bmw". Cities or trademark holders may do the same.

ICANN has spent years crafting a guide for approving applications for any suggested top level domains.

The process encountered controversy after the United States expressed interest in having veto power to preclude the creation of top level domains such as .gay that might be blocked in some countries.

"It was a suggestion by one government that was never picked up by the others," he told AFP. "It never got out of the gossip phase."

One concern was that countries blocking entire domains could lead to a balkanization of the Internet.

But Thrush dismissed the worry, reasoning that adult content is on the Internet regardless of what letters come at the end of websites.

"The issue is the content, which is exactly the same," Thrush said. "It doesn't change if a website becomes .gay."