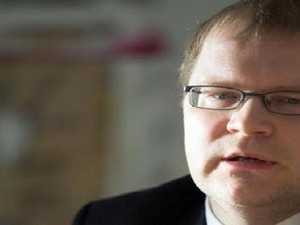 "According to the information I got from Lebanon's president, the kidnapped Estonians are alive and work to free them continues," Paet told Estonia's Kuku radio from Beirut on Tuesday.

"There are some preliminary (findings) that we have reached, but not to the extent that we can share with the media," he told reporters in Beirut, where he met President Michel Suleiman, Prime Minister Najib Miqati and other officials.

Earlier on Tuesday, Paet expressed his satisfaction over the cooperation between Lebanon and his country in the probe into the abduction of the seven tourists.

“I hope the cooperation would continue after the formation of the new cabinet,” Paet said following talks with PM Miqati.

He stressed that the main goal is to win the release of the seven tourists.

The Estonian FM arrived in Lebanon at dawn to meet with its new government, in an attempt to find the whereabouts of the kidnapped Estonians.

The seven Estonian men, all in their 30s, were kidnapped on March 23 after entering Lebanon on a bicycle tour from neighboring Syria.

The case remains shrouded in mystery.

Several people have been arrested in Lebanon in connection with the case but there is no clear evidence as to who ordered the kidnapping or where the men are.

They appealed for help in two videos posted on the Internet on April and May. The first was uploaded in the Syrian capital Damascus, investigators said, leading to speculation that the men had been moved across the border.

Last week, Estonia's Prime Minister Andrus Ansip told reporters that his country remained completely in the dark, with no political or financial demands having been made so far.

Estonia's efforts to free the men have been hampered by the fact that the Baltic nation of 1.3 million has a minuscule diplomatic presence in the Middle East.

It has had to turn to fellow European Union and NATO allies for logistical support, notably France.

What a ridiculous country in which the president KNOWS that kidnapped people (foreigners, tourists who have nothing to do with the rotten politics of the country) are alive, but has no power or political influence to release them.

Who is running Lebanon? Hezbollah, Syria or the Lebanese people?

Sleiman was told that the Estonians were alive and well by Jumblat who got the info from president Assad when he visited him last week. Their release is pending the European community's responding to Syrian terms.

The Estonians case is connected to the abduction by the Mossad of the Palestinian engineer in Ukraine. That's all folks.

to bigdigg - whta to do then?

Absolutely unusual kidnappers without demands during three months. Those two clips are of course good for families, but why there is no progress? Everybody understands, that Syria is involved, but the problem is supporting actions from lebanesen side (border crossing, information about search attacks. Not possible that few hours after crossing the border 7 mans are hijacked by organised military group. For shure persons in Lebanon are also knowing things!
This is deeply political and they are seemingly now life insurance of Al-Assad and even the prisoners families want to act somehow, they are missing counter part for negotiations, because Syria cant decleare their involvency and as estonian Prime minister and foreign minister saying they havent got any demands.
Everybody in estonia are affraid about prisoners conditions, as such case is really the first for Estonia. All the people are hoping, that they will be freed soon, as in high political games Estonia cant influence processes!