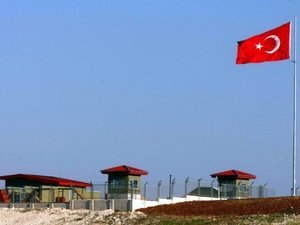 "Any person who enters Syrian territory in an illegal manner will face between a year and five years in prison," the text published by SANA said.

Numerous foreign journalists have entered Syria illegally, usually over the border from Turkey, to report on the war there.

The government has granted relatively few media visas, and journalists have complained of being constrained in their coverage on the government side.

Some journalists entering illegally have been detained by government forces and later released, while others have disappeared altogether, with no information on who is holding them.

Syria's conflict, which began in March 2011 with peaceful anti-government demonstrations, has left more then 93,000 people dead, according to the United Nations.