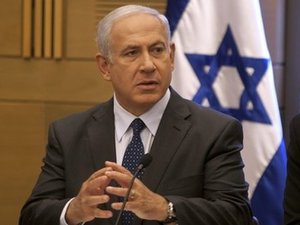 A senior adviser to Israeli Prime Minister Benjamin Netanyahu was in Cairo on Wednesday to discuss the cases of captured Israeli soldier Gilad Shalit and a man suspected of spying for the Jewish state, an airport official said.

Yitzhak Molho was to meet Egyptian officials "to discuss the Shalit issue, the recent spy case and other issues such as the peace process and Egyptian gas exports to Israel," the official told Agence France Presse.

Gaza-based Palestinian militants captured Shalit in a deadly cross-border raid on June 25, 2006. He has remained in captivity in the territory ever since, despite efforts to negotiate a prisoner exchange.

Molho will also discuss the case of U.S.-Israeli citizen, Ilan Grapel, who was arrested in Egypt on espionage charges.

He has reportedly been accused of being an agent of Israel's Mossad intelligence agency and of sowing sectarian strife and chaos in Egypt after a popular uprising forced president Hosni Mubarak to step down on February 11.

Israel has expressed concern at the development of Egyptian policy since Mubarak's fall.

Since the uprising, Cairo -- which signed a 1979 peace treaty with Israel -- has distanced itself from the Jewish state.

It took steps to reopen the Rafah border with Gaza, a move criticized by Israel which has imposed a blockade on the impoverished territory.

On the economic front, Egypt said it would review a controversial gas deal with Israel signed by the Mubarak regime.

The most disgusting case ever.......record in history
a young man suffering for years victim of politicians struggling for credit .
Israel government should be ashamed of keeping the young boy as a hostage for their own game
Shalit parents should take the Israeli government to court unless they are part of the game....cashing on publicity and glamor