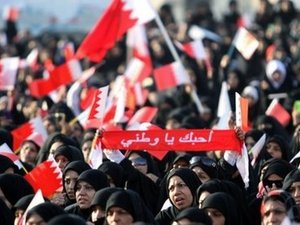 The United States voiced concern Wednesday over a ruling by a Bahraini court to sentence eight Shiite opposition activists to life in prison.

"Such steps are at odds with the universal rights of Bahrain's citizens," Toner said, recalling points U.S. President Barack Obama made in a May 19 speech about "Arab Spring" revolts and revolutions, including the unrest in Bahrain.

"We understand that these cases will now go through an appeals process," Toner added.

"We continue to urge the Bahraini government to abide by its commitment to transparent judicial proceedings, conducted in full accordance with Bahrain's international legal obligations and to create the conditions for a meaningful, inclusive and credible dialogue."

A Bahrain court sentenced eight Shiite opposition activists to life in prison Wednesday for "plotting to overthrow" the kingdom's Sunni rulers, nearly a week ahead of a national dialogue proposed by the king.

A member of Bahrain's largest Shiite formation, the Islamic National Accord Association (al-Wefaq), slammed the sentence as contradicting King Hamad's calls for dialogue, set to begin on July 1.

Dogs only bark at strangers, never at friends. Typical of the US.

Road to insanity... Bahrain behaving like Iran and Syria... must be some viruses in the air!