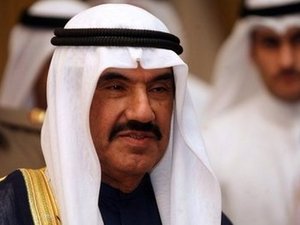 Kuwait's premier on Thursday comfortably survived a parliament vote called by the opposition in a bid to oust him over allegations he boosted ties with Iran rather than Gulf Arab states, the parliament speaker announced.

Twenty-five MPs voted in support of the prime minister and six lawmakers abstained.

The vote came after a grilling on June 14 when the opposition accused the prime minister of undermining national security by developing ties with Shiite Iran at the expense of Sunni-ruled Gulf Arab states.

It was the third time that the Kuwaiti premier has survived an opposition bid to oust him, the last being in January on allegations that he suppressed public freedoms.

The three opposition MPs who grilled the premier last week claimed that he had adopted a foreign policy that fostered ties with Iran at the expense of the emirate's partners in the Gulf Cooperation Council (GCC).

Sheikh Nasser, a senior member of the al-Sabah ruling family, had denied the allegations.

Following the confidence vote, the premier said he will continue to extend his hands for cooperation with his opponents "in the interest of Kuwait and its people."

Opposition Islamist MP Mohammad Hayef told reporters that the result of grilling "was positive and the number of opponents will increase in the next grilling."

Kuwait, which sits on 10 percent of proven oil reserves and has assets close to $300 billion, has been rocked with almost non-stop political conflicts since Sheikh Nasser, a nephew of the ruler, was appointed in February 2006.

During this period, parliament was dissolved three times and fresh elections were held while Sheikh Nasser resigned six times, stalling development projects in the process.

The Kuwaiti opposition has vowed that it will keep up its campaign to oust the prime minister, accusing him of "destroying the country." It said it would later Thursday file a new motion to quiz the premier.