Egyptian Jailed for 25 Years for Spying for Israel 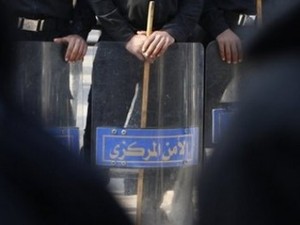 An Egyptian accused of spying for Israel was sentenced on Thursday to 25 years in jail by a special court.

The court sentenced in absentia the two officers, who according to the Egyptian judiciary worked for Israel's Mossad intelligence agency, also to 25 years in jail.

Razek, who runs an import-export company, was accused of providing the two Israelis, from May 2007 to May 2010, information on Egyptians, Syrians and Lebanese working in the field of telecommunications and selecting those likely to cooperate with Mossad.

He reportedly confessed that his two Israeli contacts asked him to travel many times to Syria with a fake name under the pretext of purchasing local products whereas the real aim of his trip was to give funds to a Syrian security officer working in a "sensitive" area.

Egypt's official press said his confession had led to three espionage cells being dismantled in Lebanon and Syria.

Relations between Israel and Egypt -- which became the first Arab state to sign a peace treaty with the Jewish state in 1979 -- have been tense since a popular uprising ousted former president Hosni Mubarak February.

Egyptian authorities on June 12 arrested an alleged Israeli officer working for the Mossad intelligence agency on charges of spying.

"I can say categorically that this student, who may have behaved bizarrely and irresponsibly, has no ties with Israeli, American or even lunar intelligence services," Lieberman said.