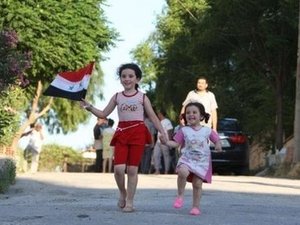 Activists called for a general strike across Syria on Thursday, which marks the 100th day since protests against the autocratic rule of President Bashar Assad first erupted.

The Facebook group Syrian Revolution 2011 posted the call to strike as a "sign of mourning" for those killed in a country-wide military crackdown on the opposition movement.

The group also called on Syrians to stage rallies on Friday, the weekly Muslim day of rest and prayer that has become a springboard for demonstrations across the Arab world.

"Bashar is no longer my president and his government no longer represents me," is the theme declared for Friday's rallies.

The latest rallying calls come a day after Syrian Foreign Minister Walid al-Muallem held a press conference in which he said Damascus rejected all foreign interference in the Arab country.

Security forces on Wednesday broke up a student demonstration at Damascus University by force, more than 100 students but releasing most of them hours later, an activist said.

Funerals meanwhile were held in several cities, including Hama and Homs, for pro-democracy demonstrators killed by security forces the previous day, activists said.

More than 1,300 civilians have been killed and some 10,000 people arrested, according to Syrian human rights groups, since March 15 when the protests first broke out.