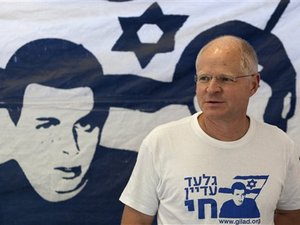 "Because there has been no sign of life from Mr. Shalit for almost two years, the ICRC is now demanding that Hamas prove that he is alive," said the International Committee of the Red Cross in a statement.

Gilad Shalit was 19 when he was captured on June 25, 2006, by three armed groups, including Hamas, along the border between Israel and the Gaza Strip and has been held ever since at a secret location in the Palestinian territory.

He has not been allowed visits by the Red Cross and the last sign of life was in October 2009 when Hamas released a video of him calling on Israeli Prime Minister Benjamin Netanyahu to do everything to free him.

"The Shalit family have the right under international humanitarian law to be in contact with their son," he added.