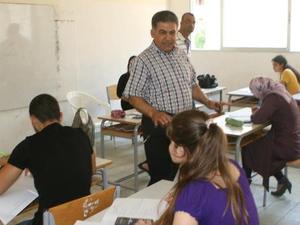 They can be checked on the following page: http://www.naharnet.com/exam

The results of Sociology and Economics (SE) will be out later on Thursday.

Brevet results are expected to be announced in three stages starting next Monday.

The results of the General Science (SG) and Life Science (SV) exams were released on Wednesday.