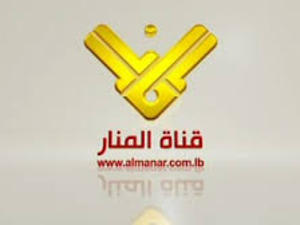 Hizbullah-run Al-Manar television accused the European Union on Monday of bowing to Israeli demands in blacklisting the party's armed wing.

"The European Union has surrendered to the wishes of Israel in adding Hizbullah to its blacklist," the television said.

It accused Britain of taking the lead in efforts to impose the sanction, which was swiftly welcomed by both Israel and its U.S. ally.

The television channel added: "It is a blatant aggression against Lebanon and its resistance. Hizbullah has no military wing other than the resistance."

The television commentary was the first reaction to the EU move by Hizbullah.

"The leaders of the enemy state (Israel) have tried for years to push Europe to take this decision and promote it with flagrant support from the Americans and the British," the television said.

Hizbullah's military wing was blamed for a deadly attack on Israeli tourists last year in Burgas, Bulgaria. In March, a Hizbullah operative was convicted in Cyprus of plotting a similar attack.

"In reaching this agreement, the EU has sent a clear message that it stands united against terrorism," British Foreign Secretary William Hague said in Brussels on Monday after the decision was announced.

I agree with Al Manar on one thing..... "Hizbullah has no military wing".

Any organization who has 4 members indicted for the murder of former PM Rafik Hariri should be banned from Government. They are also implicated in the murder of Hawi, and attempts against Chidiac, Murr, Hamade and Harb.

I am with you all the way, but since H.A., through its military wing, has infiltrated Lebanese politics and holds seats in the Parliament, it would have severe implications to the rest of Lebanon if we deem and label the entire organization as one.

Does it make sense that a terrorist organization, who has members indicted for the killing of former PM Rafik Hariri, is allowed to control the release of phone records (through their allies), which would provide evidence of their criminal activity, and their involvement in all the murders of M14 politicians and journalists??????

Isn't al Manar already forbidden in Europe and on our European satellites?

The middle easy should do the same.

it's forbidden in the US--don't know about other places though

forbidden on european satellite, but u can watch in europe via arbsat/nilesat. Any how watch that BS, except some fanatics of wilayat faqih...

Hizbullah-run Al-Manar television accused the European Union on Monday of bowing to Israeli demands in blacklisting the party's armed wing...............
I think they listened to the helpless majority of the Lebanese people.

"Britain was at the forefront of the campaign... at times citing the Burgas attack and at other times citing the arrest of a suspect in Cyprus,"... they committed one to many terrorist acts.

they did not change their minds, EU did two separate things, one good and one pathetic. it's only right to praise the first and feel sorry for EU for the second.