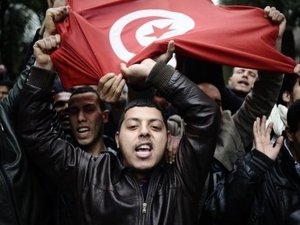 A second trial of Tunisia's ousted president, which had been due to start on Thursday has been postponed until July 4 because of a strike by judges, the judge in the case said.

Judge Touhami Hafi announced the postponement of the case against the exiled Zine el Abidine Ben Ali, in which he has been charged with the illegal possessions of arms and drugs, in a statement to the court in Tunis.

The announcement had been expected as judges called a three-day strike from Tuesday in protest at what they said were threats and harassment from the justice ministry even after the fall of Ben Ali's regime.

The ministry had used "low and humiliating methods", the vice president of the SMT judges' union Boubaker Souguir told reporters on Wednesday.

"We call for a radical change at the ministry of justice," added union president Raoudha Labidi.

The ministry rejected the claims, saying in a statement that they lacked any foundation.

Last week, a Tunis court sentenced Ben Ali and his wife Leila Trabelsi to 35 years in prison each for misappropriating public funds, after money and jewellery were found at their palace on the outskirts of Tunis.