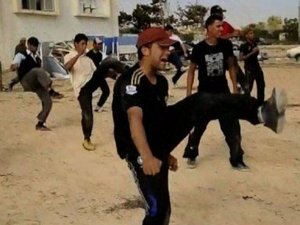 He said this was "fully in line" with the U.N. Security Council resolution governing international action on Libya and the arms embargo.

Hague announced in April that Britain had decided to supply the rebel National Transitional Council (NTC) with "non-lethal assistance" to help them protect civilians in the fight against Libyan leader Moammar Gadhafi's forces.

In an update on Thursday, he confirmed that 5,000 sets of body armor, 6,650 police uniforms, 5,000 high visibility vests and t-shirts and communications equipment for police stations had been provided.

"I can now confirm that the... additional equipment has been granted to the NTC for the sole use of the civilian police force," he said in a written statement to the House of Commons.

He added: "Provision of this equipment is fully in line with UNSCRs (U.N. Security Council resolutions) 1970 and 1973, including the arms embargo.

"This equipment will enable the civilian police to carry out their functions more securely and better protect NTC representatives and the significant international and NGO communities in Benghazi, Misrata and other areas of Libya now controlled by the NTC."

France acknowledged on Wednesday that it had delivered arms to rebels in Libya, but Britain said the move raised "quite a few issues" and it would not follow suit.