France Says Arms to Libya were for Self-Defense 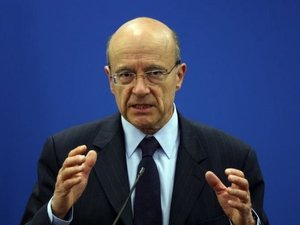 France insisted Friday that weapons it supplied to rebels fighting Libyan leader Moammar Gadhafi were for "self-defense" in line with a U.N. resolution, after Russia and others voiced concern.

"Civilians had been attacked by Gadhafi's forces and were in an extremely vulnerable situation and that is why medicine, food and also weapons of self-defense were parachuted," Foreign Minister Alain Juppe said.

"It is not a violation of the U.N. Security Council resolutions" under which France and other allies launched air strikes and imposed embargoes to protect civilians from Gadhafi, he added, speaking France Inter radio.

Russia on Thursday demanded an explanation from France over the arms drops.

Juppe was due to hold talks with his Russian counterpart Sergei Lavrov in Moscow on Friday.