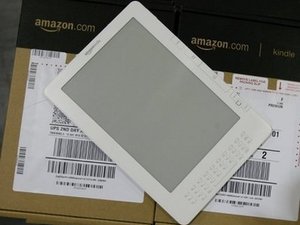 Amazon is increasing the revenue split for newspapers and magazines sold through its Kindle electronic bookstore.

Amazon said late Monday that starting on December 1, publishers will earn 70 percent of the retail price minus delivery costs for each newspaper or magazine sold in the Kindle store.

Amazon did not reveal the previous revenue split for newspapers and magazines but the online retail giant has come in for criticism from some publishers.

James Moroney, publisher and chief executive of The Dallas Morning News, told a U.S. Senate hearing in May of last year that Amazon was demanding 70 percent of subscription revenue.

Amazon also announced the beta, or test, release of a "Kindle Publishing for Periodicals" tool which allows publishers to more easily add their newspaper or magazine to the Kindle store.

"We are constantly working at improving the Kindle magazine and newspaper experience for both customers and publishers," Peter Larsen, director of Kindle periodicals, said in a statement.

"Building on the recent introduction of Wi-Fi-enabled Kindles and the upcoming availability of newspapers and magazines on Kindle Apps, we're pleased to add an increased revenue share and a great new tool for making Kindle better and easier than ever for publishers," Larsen said.

Amazon said that for newspapers and magazines to qualify for the 70-percent royalty terms, the publications must be able to be read on all Kindle devices and applications built for devices such as Apple's iPhone and the Blackberry.

It said the new revenue split does not apply to blog publishers "because existing terms are generally more advantageous for them."

Amazon's new 70-30 revenue split puts it in line with what Apple shares with developers of applications for its App Store and with newspaper and magazine publishers.

Amazon cut the price of the Kindle in July and revamped the line in the face of a threat in the e-reader market from Apple's iPad and companies such as Sony and bookstore Barnes & Noble, which also offer e-readers.(AFP)