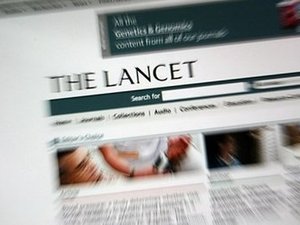 Higher doses of statins cut the risk of heart attacks and stroke by one-seventh compared with regular statin treatment, according to a review published online on Tuesday by The Lancet.

The study looked at five trials in which around 40,000 patients, advised to lower their levels of blood cholesterol, received either regular statin treatment or intensive treatment.

The analysis found no increase in cancer or mortality from non-cardiovascular disease.

The research was carried out by the Cholesterol Treatment Trialists' Collaboration, led by Colin Baigent, an Oxford University professor.

In a second study, also carried by The Lancet, British scientists found that, among high-risk patients, higher doses of statins reduced the risk of cardiac arrest, blockage or stroke by six percent compared to lower doses.

There was no difference in cardiovascular fatalities.

The trial was conducted among 12,000 men and women who had previously had a heart attack. They received either 80 milligrams or 20 mg of simvastatin daily.(AFP)