Michael Jackson Single Goes Online, But is it Him? 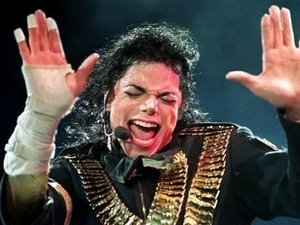 The first single from a posthumous Michael Jackson album was released online Monday -- but was immediately clouded by questions over whether it was really the late star's voice.

Record label Epic Records was forced to issue a statement saying it was confident the album including the single, "Breaking News" was indeed Jackson singing, after fans and La Toya Jackson questioned its authenticity.

"We have complete confidence in the results of our extensive research as well as the accounts of those who were in the studio with Michael that the vocals on the new album are his own," said Epic, in a statement cited by James Bates, spokesman for Jackson's estate.

The statement came as some fans voiced doubts in online forums over whether the vocals were really recorded by Jackson, who reportedly recorded them in 2007, two years before his death last year at the age of 50.

"NOT michael. sony must think we are fools," wrote Besu on the Entertainment Weekly website, referring to Epic Records' parent company.

Jackson's sister LaToya also voiced doubt, telling the TMZ celebrity website: "I listened to it... It doesn't sound like him."

The four-minute single, the first from an album entitled "Michael" due to be released next month, went online on the star's website Monday, and is due to remain live for a week.

The song, set against a still image of television screens showing BREAKING NEWS straplines and images of Jackson, starts with snippets of news reports about the King of Pop's life and death, before opening into a thumping robotic beat.

The vocals sound like Jackson, even if the subject matter -- singing about himself, in the third person -- is somewhat strange.

"Just when you thought he was done/he comes to give it again," he continues, before the ominous verse-ending line: "They want to write my obituary."

The cover of the new album, to be released December 14, shows images of the eccentric singer at various stages of his career, dominated by one of him being crowned by cherubs with a biblical-looking star in the background.

A film, "This is It," was released last year with footage of rehearsals by Jackson for a series of London concerts he was preparing for before he died in June, 2009.(AFP)