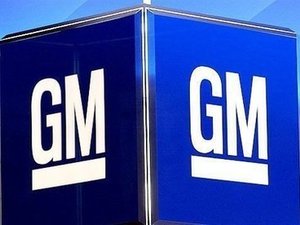 General Motors on Wednesday announced a two-billion-dollar third quarter profit that will help it end the year in the black as it prepares to launch a public stock offering and slowly break away from government ownership.

But the automaker cautioned its fourth quarter results would be "significantly lower," in part due to a 700 million dollar charge related to buying back 2.1 billion dollars in shares from the U.S. government.

"The results of the third quarter clearly point to the amount of progress that GM has made," GM chief executive officer Dan Akerson said.

"We know we have much more work to do," Akerson added. "We still need to fix Europe. We continue to be vigilant in reducing cost in the enterprise and we've just started doing a better job in marketing our brands to consumers."

But GM's efforts to cut costs, increase global market share and focus on "a clear, simple vision to design and sell the world's best vehicles" is paying dividends, he said.

The quarter's solid growth equates to earnings of 1.20 dollars a share and brings GM's profits attributed to common shareholders to 4.2 billion for the first nine months of the year.

After three straight quarters in the black, GM said it anticipate posting a profit for 2010.

"Although we're a different company, it's worth noting that last time GM reported a profitable year was 1994," Akerson said in a conference call.

GM emerged from a government-financed restructuring under bankruptcy protection on July 10, 2009 and posted a 4.4 billion dollar loss for the remainder of that year.

One of the largest in U.S. history, the IPO will consist of 365 million shares of common stock, with the estimated price range for the offering of common stock at 26 dollars to 29 dollars per share.

GM said its global market share slipped to 11.5 percent from 11.6 percent in the second quarter, primarily due to planned reductions in low-margin fleet sales.

Total sales rose to 6.2 million vehicles for the first nine months of the year from 5.5 million for the same period of 2009.

"GM sales this year show advancement from the company due to a stronger product lineup while improved earnings demonstrate the progress made through lower manufacturing costs and higher product margins," said Jesse Toprak, an analyst with TrueCar.com.

"There is still room for improvement as transaction prices remained flat and fleet sales have risen slightly."(AFP)