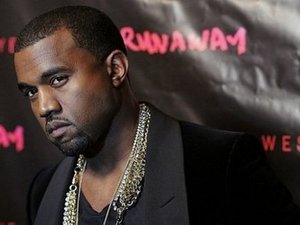 Rap music star Kanye West, who once ranted that "George Bush doesn't care about back people" following the slow government response to Hurricane Katrina, dialed back those comments in a TV interview broadcast Wednesday.

"I would tell George Bush, in my moment of frustration, I didn't have the grounds to call him a racist," the music star told NBC television.

"I believe that in a situation of high emotion like that, we as human beings don't always choose the right words," said West, who made his original condemnation of the then-president at a September 2005 television fundraiser for Katrina victims.

West's remorseful comments came after Bush told U.S. television this week that charge that the lethargic federal response to Katrina had been driven by racism was one of the "most disgusting" moments of his presidency.

Bush's strong reaction to the rap star's criticism came during his media tour for his newly published memoir "Decision Points," giving readers an inside look into his eight-years in the White House.

Bush on Wednesday, upon being told of West's apologetic remarks, told NBC: "I appreciate that."

He added however, that "it wasn't just Kanye West who was talking like that during Katrina. I cited him as an example -- I cite others as an example as well," said the former president, criticizing "an environment in which people were willing to say things that hurt."

"I'm not a hater," Bush said. "Nobody wants to be called a racist if in your heart you believe in the equality of race."(AFP)