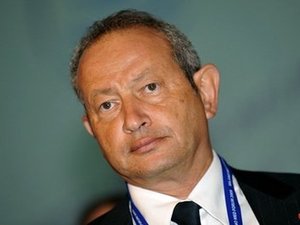 Egypt's electoral commission has granted a license to a new liberal party founded by telecom magnate Naguib Sawiris ahead of key polls in September, state media reported on Thursday.

The Free Egyptians Party, which was legalized on Wednesday, said it would work for a civil state and promote freedom of faith.

"This secular party looks to a modern Egypt, a civil state, based on citizenship... which respects all religions," said politburo member Mohammed Hamed.

He said Egypt should in the future "separate between the state and religion."

The party, which boasts some 65,000 members, plans to contest 50 percent of the seats in September's legislative elections.

The Free Egyptians Party is one of a handful of political groups born after the uprising that toppled President Hosni Mubarak in February.

The country's largest opposition group, the Muslim Brotherhood, last month announced the legalization of its "non-theocratic" Freedom and Justice Party.

Sawiris, whose net worth is estimated at 2.5 billion dollars (1.8 billion Euros), is seen as one of the few influential Egyptian businessmen who was successful under Mubarak but not tainted by corruption.

He came under fire last week for posting a picture on the Internet of Mickey and Minnie Mouse in Islamic dress, sparking a torrent of condemnation on social networking websites.

Sawiris, a Christian, had posted the picture on his Twitter account of Disney character Mickey Mouse wearing a traditional Arabic robe and sporting a thick beard, next to a Minnie Mouse donning a niqab, or full face veil.

He has since apologized on Twitter, saying: "I apologize for any who don't take this as a joke; I just thought it was a funny picture no disrespect meant! Assef!! (Sorry)".