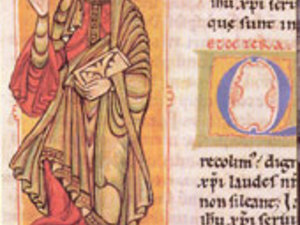 One of the Western world's first 'guidebooks', it is only shown to the public on special occasions such as Pope Benedict XVI's visit last November to the northeastern Spanish city.

"We are investigating its disappearance," the spokeswoman said.

"It is usually kept in a room to which only half a dozen people have access," she said, and special security measures are taken whenever it is unveiled to the public.

The manuscript is a collection of texts including sermons, homilies to Saint James and practical travel advice to pilgrims.

It was created during the period of Pope Callixtus II, who encouraged pilgrimages and decided in 1122 that every year that Saint James' Day of July 25 falls on a Sunday should be considered a holy year.

A hermit claimed to have discovered the remains of Saint James, later to be known as the Slayer of the Moors, in 813.

They became a symbol to rally Christian Spain, then pinned down by the Muslim Moors to the northern strip of the peninsula.

The remains are held in a tomb within the cathedral, the destination for hundreds of thousands of pilgrims a year.