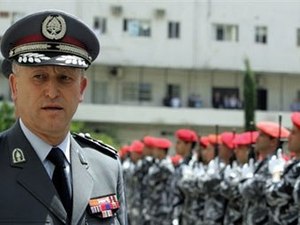 "I was the target of one of these arrest warrants, and I raised the issue at this meeting," Major General Ashraf Rifi, leading the Lebanese delegation in Doha, told Agence France Presse.

"All the (Arab) representatives of their countries said they did not recognize the validity of the Syrian arrest warrants.

"The participants agreed that the Syrian judiciary was not authorized to issue such arrest warrants against Lebanese and foreign nationals," he added.

Syria did not attend the meeting.

In October, Syria ordered the arrest of 33 people over alleged false testimonies given in the U.N.-backed Special Tribunal for Lebanon (STL), which is probing the assassination of Lebanese ex-premier Rafik Hariri.

Lebanon's cabinet was to hold a crucial meeting on Wednesday on the alleged false testimonies, as the STL is reportedly set to indict members of Iranian- and Syrian-backed Hizbullah in connection with the 2005 Hariri assassination.

Hizbullah chief Sayyed Hassan Nasrallah has warned the court against any such accusation and said further cooperation with the tribunal would be tantamount to an attack on his powerful group.

Prime Minister Saad Hariri, son of the slain former prime minister, has vowed to see the U.N.-backed investigation through.

Hariri had initially blamed Syria, formerly Lebanon's military and political powerbroker, for the assassination but has dropped his accusation. Damascus has consistently denied any involvement.(AFP)