Qaouq: Indictment's Goals Have Failed before Resistance's Unity, So What are they Bargaining on? 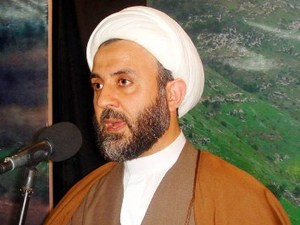 Hizbullah official Nabil Qaouq stated on Monday that the release of the indictment in the investigation into the assassination of former Prime Minister Rafik Hariri will mark a new phase in Lebanon.

He said: "History will note that the phase after the indictment is not the same as the phase preceding it."

Addressing the recent wikileaks documents, he stressed that they did not surprise the Resistance, but they only proved the close American-Israeli coordination in Lebanon since Hariri's assassination, adding that the intense American diplomatic efforts in Lebanon are a cover for Israeli intelligence in the country.

"What are they bargaining on? Are they counting on the Special Tribunal for Lebanon to target the Resistance? They know that the indictment's goals have fallen before the opposition's unity," he said.

Qaouq stressed that the STL's credibility has also collapsed in light of the discovery of the extent of Israel's control of Lebanon's telecommunications sector.

"It's true that the U.S. is the most capable in postponing the STL, but it is not the most powerful entity in Lebanon," the Hizbullah official concluded.