Mitri: Iran Plays an Important and Positive Role in Lebanon 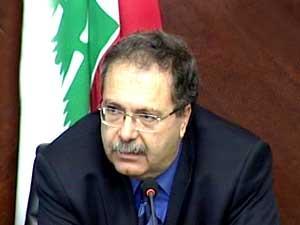 Information Minister Tareq Mitri stressed on Thursday that Iran wields a great influence in Lebanon, adding that the bilateral ties between the two countries has been bolstered through Iranian President Mahmoud Ahmadinejad's visit to Lebanon and Prime Minister Saad Hariri's visit to the Islamic republic.

The minister told IRNA: "Iran is a powerful and influential state that seeks to improve its ties with Arab states."

He denied that Hariri's recent talks in Tehran addressed the Special Tribunal for Lebanon.

Mitri added a hope that a meeting between Hariri and Hizbullah Secretary General Sayyed Hassan Nasrallah would take place soon because it "would demonstrate dialogue's ability to solve problems."

Furthermore, he noted that such a meeting is bound reach agreement on how to avert unrest in Lebanon, as opposed to other "hollow meetings" between various officials that do not yield results.