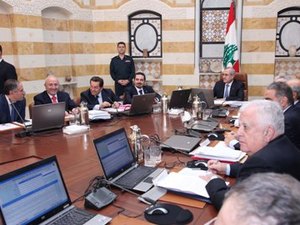 Efforts exerted by Premier Saad Hariri to achieve consensus over a cabinet session were torpedoed by the March 8 forces’ insistence to put the issue of false witnesses at the top of the agenda.

March 8 sources told An Nahar the coalition insisted that making false witnesses the number one item on the cabinet agenda was an unconditional demand.

Other March 8 sources told pan-Arab daily Asharq al-Awsat: “They (the March 14 forces) should understand that the current crisis did not erupt because of our exploitation of the prime minister’s powers but because Hariri did not use his power and ignored the authorities of the cabinet in terms of the ministers’ rights to vote.”

Informed sources told As Safir daily that the premier was intending to call for a session on Saturday but his enthusiasm began disappearing following a phone conversation between him and President Michel Suleiman.

Although cabinet ministers from the entire political spectrum insisted that efforts to hold a session will continue in the coming days, informed sources told An Nahar that “the political atmosphere does not suggest a solution could be found.”

Furthermore, the sources didn’t express optimism over any breakthrough in external efforts to end the Lebanese crisis.