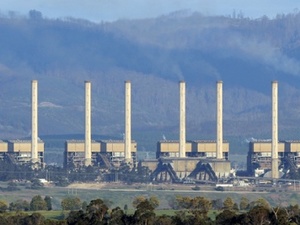 Australia on Saturday said it was inviting views from the public on what the nation's greenhouse gas emissions reduction target should be post-2020, before it announces the goal mid-year.

As countries prepare for a crucial U.N. climate meeting in Paris later this year, Australia said it was determined to reduce emissions -- but not via a carbon tax such as that imposed on industry by the previous Labor government.

"We're inviting the public to contribute to the discussion of what our targets should be," Environment Minister Greg Hunt said.

The announcement comes ahead of this year's meeting in Paris, which groups together 195 nations under the U.N. Framework Convention on Climate Change (UNFCCC).

The talks are designed to further the UN goal of limiting global warming to two degrees Celsius (3.6 degrees Fahrenheit) over pre-Industrial Revolution levels.

Australia has previously said it will release its target "mid-year" and it confirmed this on Saturday, meaning it will miss the loose end-March deadline for "those parties ready to do so".

"This government is committed to tackling climate change through direct action measures and will announce Australia's post-2020 emission reduction target in mid-2015," Abbott said in the statement.

With its use of coal-fired power and relatively small population of 23 million, Australia is one of the world's worst per capita greenhouse gas polluters.

In an issues paper seeking submissions by April 24, the Australian government said it would consider projected economic growth and the nation's mineral resources among other issues in coming up with its target.

"The scope and nature of other countries' targets -- so that our target represents Australia's fair share and does not put Australia at a competitive disadvantage to our key trading partners and the major economies" would also be a consideration, it said.

Conservation group WWF-Australia welcomed the public consultation but said the issues paper was out of touch with science.

"Australia's pollution reduction target should be based on what the science is telling us is needed," said climate campaigner Kellie Caught.

"At a minimum this should be consistent with the global goal of keeping global warming below 2 degrees."