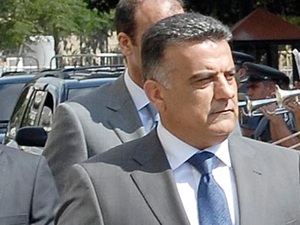 The case of the servicemen held hostage by extremist groups in Arsal's outskirts will go through a “decisive week,” media reports said on Monday, amid the presence in Turkey of General Security chief Maj. Gen. Abbas Ibrahim, Lebanon's top negotiator.

“Positive developments prompted Ibrahim to head to Turkey where he has spent a day and a night, during which he held talks with Turkish and Qatari officials on the case of the abductees,” al-Manar television reported.

It said his meetings led to “several positive steps whose nature will become clear in the coming days.”

“This week will be decisive in the negotiations,” al-Manar added.

Meanwhile, the families of the captive troops and policemen announced in a statement that they suspended a protest scheduled for Tuesday, “pending Ibrahim's return from Turkey and his meeting with the families.”

The families attributed their decision to the indications that are “leaning towards positivity.”

Al-Mayadeen TV for its part quoted a “senior security source” as saying that “the case of the servicemen held by al-Nusra (Front) will witness a breakthrough in the coming days.”

The source did not say anything about the hostages who are in the custody of the Islamic State jihadist group.

More than 25 army troops and policemen are being held hostage by al-Nusra and the IS. They were abducted during deadly clashes that erupted in and around Arsal in early August.

The two groups executed four hostages in recent months and are threatening to kill more captives if the Lebanese state does not meet their demands.

May our servicemen, all our servicemen return back home to their beloved Lebanon and their beloved families very soon and may the anguish of a whole nation including their loved ones end soon. However I very much hope that we as a nation have learnt our lessons from this painful saga and to come to terms that we have many moles inside our country working against us and with our enemies. These are the culprits we must apprehend and administer the harshest legal punishment under our constitution.