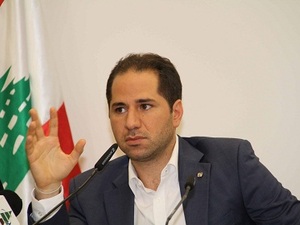 Kataeb Party chief MP Sami Gemayel and nine other lawmakers file an appeal Wednesday with the Constitutional Council against the tax law that was approved to fund a new wage scale for civil servants and the armed forces.

The Council will convene Thursday at 10:00 am to look into the appeal, reports said.

Sami Gemayel was among the first MPs to slam the new tax law and he had urged President Michel Aoun not to sign the bill.

“I stress that the appeal will not harm the wage scale, because the Lebanese state is capable of securing funds for it without taking them from the pockets of citizens,” Gemayel told reporters Wednesday outside the Constitutional Council.

Gemayel had warned that the taxes that have been approved would lower citizens' purchasing power “by 10 to 20%” and would also push “more than 100,000 citizens below the poverty line,” citing studies by the American University of Beirut.

Gemayel also quoted Father Butros Azar, the secretary general of Catholic schools, as saying that school tuitions would rise an average of 27%.

“The prices of apartments will also rise and our youths will suffer,” the young MP cautioned.

“An economic disaster has been created without any economic feasibility study for the taxes to rely on,” Gemayel lamented.

Authorities have argued that the new taxes are necessary to fund the new wage scale but opponents of such a move have called for finding new revenues through putting an end to corruption and the waste of public money.