Hariri Receives EU, US, French and British Ambassadors in Riyadh 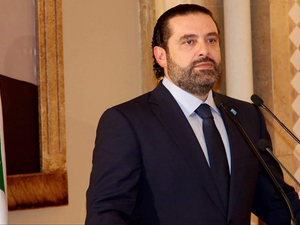 Prime Minister Saad Hariri received at his residence in Riyadh on Thursday the French ambassador to the Kingdom of Saudi Arabia, Francois Gouyette, his media office said.

On Wednesday, Hariri received the head of the European Union delegation to the Kingdom, Michele Cervone d'Urso.

He had met on Tuesday with the US Charge d'affaires in Riyadh, Christopher Henzel, and the British ambassador Simon Collis.

As if a fake like you cares for Christians.