Saqr: What We Possess in False Witnesses Case Eliminates 90 Percent of Rumors 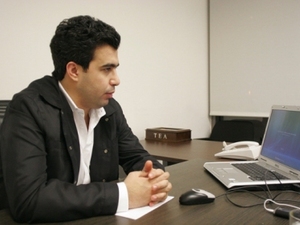 MP Oqab Saqr stressed on Thursday that the March 14 forces is not responsible for the false witnesses, adding that those behind them should be punished.

"We have something to say in this matter … and we possess information that we will present to the judiciary and the public that would serve to eliminate 90 percent of the rumors over the false witnesses," he told New TV.

"Some sides have used the issue of the false witnesses to attack the Special Tribunal for Lebanon and a certain political group, we repeat that we have not used this issue to accuse Syria and we have not and will not accuse Hizbullah," Saqr added.

"If we settle the false witnesses case, that does not mean that we are accusing anyone, but we are simply getting matters straight," he continued.