Publication Moved Up to April for ElBaradei Book 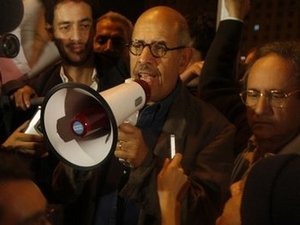 Publication has been moved up for a book by Mohamed ElBaradei, the Nobel peace laureate and Egyptian opposition leader.

ElBaradei's "The Age of Deception: Nuclear Diplomacy in Treacherous Times," will come out April 26, not in June, as originally scheduled.

Henry Holt and Company imprint Metropolitan Books announced Tuesday that the change was made in response to the massive uprising in Egypt, where ElBaradei has emerged as a leader of anti-government protesters.