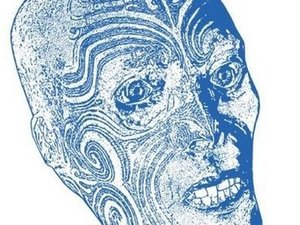 For decades, New Zealand has campaigned for museums to repatriate the mummified and heavily-tattooed heads of Maori warriors held in collections worldwide -- now it must decide what to do with the gruesome but culturally valuable relics.

New Zealand's national museum Te Papa has more than 100 of the heads, known as toi moko, in storage in Wellington, along with about 500 skeletal remains plundered from Maori graves as recently as the 1930s.

In Maori culture, the dark swirls and geometric designs of traditional facial tattoos on men recognized high birth and rank, as well as achievements on the battlefield.

Te Herekiekie Herewini, who leads Te Papa's repatriation program, said the heads of deceased chiefs or family members would be mummified as a way of preserving their spirit, while enemies' heads were preserved as war trophies.

"Initially the mummification of heads and bodies was part of our normal mourning process," he said.

"But when Europeans came, they saw the exotic nature of the heads and they became a coveted trading item because they were of commercial value in Europe, America and Australia."

The heads became so valuable that in the late 18th and early 19th Centuries, some Maori hunted members of rival iwis (tribes) and murdered them to supply the burgeoning market in European museums for exotic human remains.

"For some of the iwi, trading in toi moko was strategic in accessing items such as muskets and European tools," Herewini said.

The trade in human heads was banned in the 1830s but over the next century museums turned their attention to skeletal remains.

New Zealand medical students also fed the demand, as they were required to take their own skeletons when they attended overseas colleges, with most of the bones robbed from Maori tombs.

"People would go to known caves or hidden burial sites where they knew Maori remains were and, without permission, they would take them and trade them," Herewini said. "Every museum wanted their own Maori head or Maori skeleton."

The grisly curios continued to be displayed in museums around the world, including New Zealand, until the 1970s.

Herewini said it was around then that Maori began pushing for the repatriation of their ancestors' remains, often meeting fierce resistance from institutions which feared it would set a precedent that could eventually see them forced to return human remains such as ancient Egyptian mummies.

The French parliament last year voted overwhelmingly in favor of returning around 15 Maori toi moko after years of debate about the implications of the move.

"These are much more than simple museum pieces," French lawmaker Michele Tabarot said at the time.

"These are human remains and some of these people were deliberately murdered to satisfy a despicable trade."

Herewini said repatriating remains was an emotional issue for Maori, who had a strong connection to the land and wanted to give the warriors the dignity of a proper funeral.

"For us, it's taking an ancestor back home, so it's the whole process of remembering," he said. "They're family members and it's important for them to be returned home to their resting place.

"The iwi don't know exactly who these people are but they do know they're connected to the land. They think about the different battles they were in, the different lifestyle they lived and the possible connections they have with them directly."

While the remains are returned to their iwi whenever possible, Herewini said that a lack of historical records meant about a quarter of the heads and bones held at Te Papa could not be identified.

They are stored in acid-free boxes in a special area of the museum and never go on display. Even viewing images of toi moko is considered taboo in Maori culture, Herewini said.

Building a permanent mausoleum for the unidentified remains in Wellington is under consideration but the Ngati Kuri tribe, in the country's far north, has put forward an alternative proposal.

They want to bury them near Te Rerenga Wairua, or Cape Reinga, the northernmost point in New Zealand, where Maori believe the spirits of the dead depart for the afterlife.

"It's a special area where there are ancient burial sites," Ngati Kuri Trust chairman Graeme Neho said. "Provided the other iwi agree, we believe placing their final resting place there would be a comfort to them and we would be their guardians."

Regardless of the remains' final destination, Herewiri sad he would continue his quest to return Maori ancestors to their homeland.

"For me, it's about righting a wrong, whether that was committed by Maori or Europeans is really immaterial," he said.

"It's completing the circle and bringing these people back home."