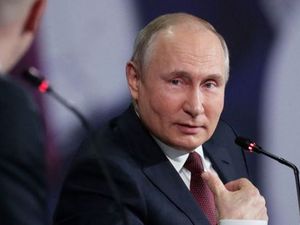 "I expect that your work at the helm of the government will faciliate a further development of constructive bilateral cooperation along all directions," Putin said in a message released by the Kremlin.

"No doubt it is in the vital interests of our people," Putin said, adding that Russia-Israeli cooperation would help strengthen "peace, security and stability in the Middle East."

Bennett, a right-wing Jewish nationalist and former tech millionaire, takes over at the helm of an Israeli government pieced together by an eight-party coalition.

Netanyahu, 71, boasted of his friendship with Putin and was a frequent guest in Russia.