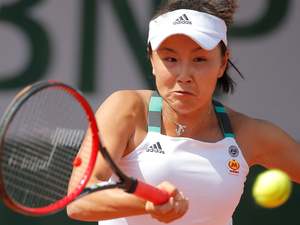 "It would be important to have proof of her whereabouts and well-being and we would urge that there be an investigation with full transparency into her allegations of sexual assault," UN Human Rights Office spokeswoman Liz Throssell told reporters in Geneva.