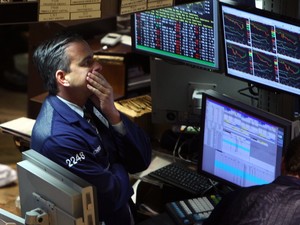 Europe is battling an upsurge in the pandemic that saw Austria return to lockdown on Monday.

Belgium and the Netherlands are still reeling from recent violent protests against new anti-Covid measures.

Germany has warned its curbs -- including barring the unvaccinated from certain public spaces -- are not enough.

Austria's lockdown "was a shock to the system but Germany -- should it follow -- would be a hammer blow to the recovery.

"Thankfully, a number of other countries have a far less severe situation -- but as we have seen, that can quickly change at this time of year," Erlam added.

Britain's PMI showed a modest slow down on rising energy and wage bills.

In foreign exchange, the dollar extended gains as investors bet on quicker Federal Reserve monetary tightening after boss Jerome Powell was nominated for a second term.

The greenback briefly topped 115 yen in Asian trades for the first time since 2017.

While Powell was widely expected to get the nod from Joe Biden to continue to head the central bank, the news saw all three main Wall Street indexes drop from intra-day highs.

The Nasdaq ending down more than one percent owing to tech firms' susceptibility to higher interest rates.

Oil prices fell on speculation the United States and several other top consumers including South Korea, India and Japan are considering an announcement to release some of their strategic reserves  to temper the surge in prices that has helped fan inflation.

However, OPEC and other major producers warned that such a move could lead them to reconsider continuing with their monthly output increases.

Tokyo - Nikkei 225: Closed for a holiday