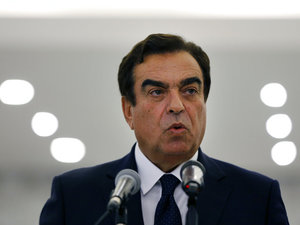 The sources affirmed to the TV channel that Kordahi’s sacking won’t be discussed in the cabinet for voting.

“There is almost an agreement on the name of the minister who will replace Kordahi,” the sources revealed, adding that the minister-to-be is close to Marada Movement chief Suleiman Franjieh.