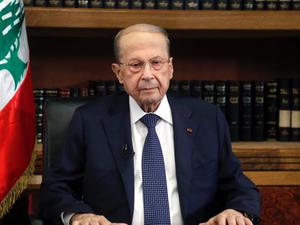 President Michel Aoun said Thursday, at the beginning of a regular Cabinet session, that the port blast probe must resume quickly.

"The stalemate has been unjust to some detainees who might be innocent," he added, as he pointed out that many issues must be addressed quickly before the government becomes a caretaker government.

Prime Minister Najib Miqati also urged for a quick government formation, after the Parliament is elected. He wished for transparent and free elections, urging the Lebanese to fulfil their national duty.

"If we fail to do our part by voting in the elections, then we can not go back to criticizing (the system)," Miqati said.

The Lebanese will cast their votes for a new Parliament on May 15, after having voted abroad in 58 countries on Friday and Sunday.