May 15 civil servants cast their early votes across Lebanon 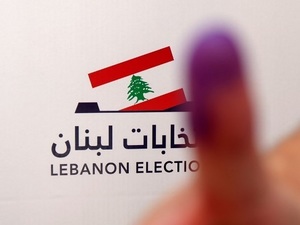 The third phase of parliamentary elections, dedicated to the public employees who will oversee Sunday's polls, kicked off Thursday across Lebanon.

The Lebanese had voted abroad in 58 countries on Friday and Sunday, with a 60 percent turnout.

The vote is the first since the onset of the economic crisis in 2019 and the devastating Beirut port explosion a year later, with many accusing the political elite of rampant corruption and mismanagement.

Although many Lebanese hope they can vote traditional parties out, experts have said this is unlikely as opposition candidates lack unity, funds and experience.