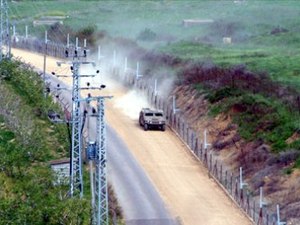 The Israeli army on Tuesday said it “detected” a Hizbullah drone that crossed from Lebanon into Israel.

“The drone remained under the monitoring of surveillance units throughout the incident,” Israeli army spokesman Avichay Adraee said in a tweet in Arabic.

The Israeli army “will continue to work to prevent any breach of the sovereignty of the State of Israel,” Adraee added.

The incident comes amid a major Israeli military drill and two days after Lebanon’s parliamentary elections.

The terrorist organization's first response to the results of the elections.

The only terrorist organization in Lebanon is Samir Geagea's "Lebanese" Forces