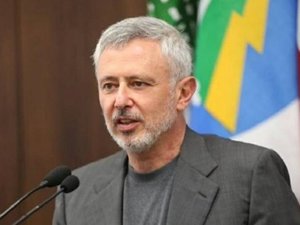 Marada Movement chief Suleiman Franjieh on Wednesday admitted that his Movement “barely made it” in Sunday’s parliamentary elections, which witnessed the defeat of several prominent figures from Franjieh’s Hizbullah-led political camp.

“We can say that we barely made it after this bizarre battle,” Franjieh said at a press conference, adding that a new electoral law that “resembles Lebanon” must be devised.

In addition to the win of Franjieh's son Tony in Zgharta, Marada's ally William Tawk won in Bsharri, the bastion of the Lebanese Forces. Independent MP Farid al-Khazen of Keserwan will also be a member of Franjieh's bloc.

Franjieh added: “We must look forward to see how we can rescue our country, and if we all don’t take part in a national unity government, the country will get paralyzed. We must talk to each other and show openness towards each other.”

“My name was proposed from the very first day, but I did not present myself as a presidential candidate,” he added.

“The presidency is not my goal like the others,” he stressed.

Franjieh also noted that although no political camp has the parliamentary majority, at least two political camps have a one-third share that can serve as a veto power.

Commenting on the results of the elections in Bsharri, the Marada leader said: “Neither the LF are Israelis nor William Tawk is Hizbullah. Let them identify their mistakes to know why they lost a seat and we will do the same.”

“Hizbullah has never been in Zgharta,” Franjieh added.

Who do you think you are ? You are corrupt and theif and still protecting fenianos the corrupt from the legal system. If 40 percent of the people gave you one vote wait till 75 percent vote and see what you earn. You are nothing but Syrian boot licker.

“Hizbullah has never been in Zgharta,” Franjieh added.

They don't need to... they have you in Zgharta.