Rifi says won't be in LF's bloc but rather an ally 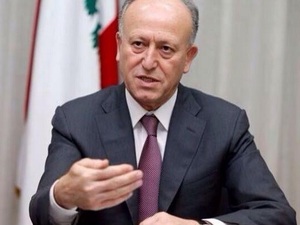 Former Justice Minister and newly elected MP Ashraf Rifi has said that he will not be within the Lebanese Forces parliamentary coalition, but will be an ally.

Rifi told Nidaa al-Watan newspaper, in remarks published Thursday, that he will take part in a "broad sovereign and patriotic front that refuses Hizbullah's weapons and Iran's hegemony."

Saying that a political confrontation against "Iran's hegemony" is coming, the ex-minister accused the Free Patriotic Movement of being a "largely corrupt" party and Hizbullah of being "the biggest corrupt" party.