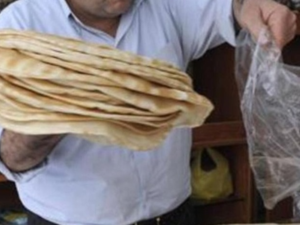 The head of the flour mills syndicate in Lebanon announced Thursday that the bread crisis in the country has been resolved, adding that bread will be available in the market as of tomorrow.

The Economy Ministry had earlier on Thursday hiked the price of flat Arabic bread, the main staple in Lebanon.

“The new pricing has been necessitated by the huge surge in the prices of fuel, which directly impact the costs of producing flour and bread as well as transportation costs,” the Ministry said.

It also cited the global increase in the price of wheat due to the Ukrainian crisis.

It’s far from resolved, the price of the ton of wheat doubled 3 days ago…. It’ll take a few weeks for the new shipments to reach Lebanon…

Where I live, the price of an 800gr bread is expected to reach 5euros this summer. The gas 3euros per liter.