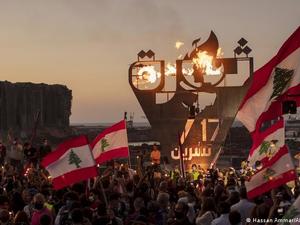 The MPs had met on Wednesday and will meet again on Monday to discuss forming a unified parliamentary bloc of at least 13 MPs.

They will also discuss main economic and political subjects and their role in addressing the crisis, a source from the opposition forces told the daily.

The elections of a new parliament speaker and deputy speaker will not be discussed, according to the source.

As of May 22, after the current assembly's mandate expires, the new lawmakers will have 15 days to pick a speaker.