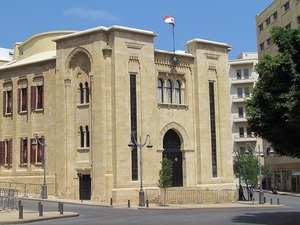 Parliament Speaker Nabih Berri hasn't yet called for a session for electing a new Speaker, but new MPs will have to pick a speaker within 14 days.

Calls and consultations will intensify in the upcoming week, al-Akhbar newspaper said Monday, in an attempt to ease the tension as many blocs announced they wouldn't vote for Berri.

The daily also said it had learned that Berri will meet with Progressive Socialist Party leader Walid Jumblat to discuss the latest developments and possible future coordinations.

Berri, the only candidate for the post, has held the Speaker position since 1992. He is expected to hold on to the post with the backing of Hizbullah and his Amal party which, together, account for all Shiite lawmakers. The PSP MPs will also likely vote for Berri.

The FPM will nominate MP Elias Bou Saab as a Deputy Speaker and the LF will nominate MP Ghassan Hasbani, while the opposition forces will likely nominate former President of the Beirut Bar Association Melhem Khalaf, the daily said, but Hasbani said in a televised interview that he has not been nominated by the LF.

As for the reformist MPs, they will likely not vote for Berri. Newly elected MP Ibrahim Mneimneh said "I didn't hear a reformist MP saying he will vote for Berri." He added that he wouldn't vote for any Deputy Speaker candidate who belongs to the traditional parties, including the LF.

George Boujikian of the Tashnag party said he will vote for Berri, although he added that the Tashnag MPs might join the FPM bloc in Parliament.

According to the newspaper's sources, there is a possibility for the MPs who wouldn't vote for Berri to boycott the session.

Meanwhile, Berri ordered the removal of the security barricades surrounding Parliament's building in Nejmeh Square, a step that reformist MPs like Ibrahim Mneimneh and Elias Jrade had asked for.

The barricades had been used to prevent protestors from entering Parliament. After more than a dozen of Oct. 17 candidates won in the parliamentary elections, a post circulated on social media saying that the rebels have entered Parliament as MPs.