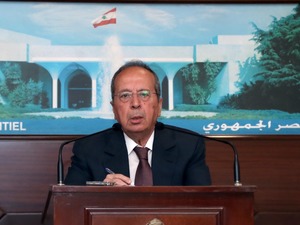 “The continuation of the caretaker government until the presidential elections is a conspiracy against the people, the President and the presidential tenure,” Sayyed said after the meeting.

“The presidency’s powers cannot be ceded to a caretaker government,” the lawmaker added.

You and your friends of the politico mafia are a conspiracy against the Lebanese people and there are still stupid people enough to elect you as an official crook again!
You Syrian dog, traitor to the nation and to all what patriotism stands for!

You are the biggest traitor of your own state...do you sleep at night with concious..do you recall for years how you took your orders from the non state and followed the direction of your Syrian masters to provoke and threaten man Lebanese figures

Evil Creature. Your time will come.