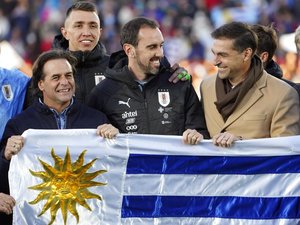 The 36-year-old Godin, who signed in January, played nine matches for the club in five months.

Godin joined Atlético Mineiro after being released from Italy's Cagliari. He did not discuss his future on Monday. He said on Instagram he was leaving with the satisfaction of giving "the best in every moment, with a lot of professionalism, and respecting all these great people I will never forget."

The veteran defender is expected to play in his the fourth World Cup in Qatar. Uruguay is in Group H with Portugal, South Korea and Ghana.