Bader says he and 13 independent MPs will vote for Mikati 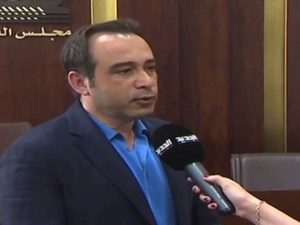 MP Nabil Bader of Beirut on Tuesday announced that he and 13 independent MPs have decided to vote for caretaker PM Najib Mikati in the binding parliamentary consultations to pick a PM-designate.

“Caretaker PM Mikati is in charge of a lot of files that are still in progress and these files need someone with knowledge of them,” Bader told al-Jadeed TV, citing the sea border demarcation talks with Israel, the economic recovery plan and the negotiations with the International Monetary Fund.

“Choosing a new PM to look into these files is not something that serves the public interest,” Bader added.

Al-Jadeed TV said the 13 MPs referred to by Bader include independent MPs from Akkar, Beirut and Zahle.

MP Sajih Atiyeh of Akkar meanwhile told the TV network that Mikati is “the most ready figure to carry on with the current files.”

“Dr. Nawaf Salam is a major national figure… but I don’t see consensus on him,” Atiyeh added.

Also speaking to al-Jadeed, MP Ghassan Hasbani of the Lebanese Forces said the LF “will not endorse any candidate blindly.”

“We are in consultations with all the change and independent MPs,” Hasbani added.

Asked whether the LF is inclined to nominate Nawaf Salam, Hasbani said: “The Lebanese Forces has not yet taken any decision to nominate any candidate.”

Al-Jadeed meanwhile said that “some blocs are saying that Salam’s nomination is fictitious” and that “he has no enthusiasm to assume this responsibility.”