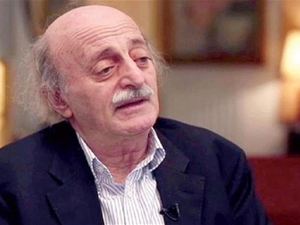 "As we wait for the new government to be formed and the reforms in the main sectors to be made, we hear many statements supporting Lebanon," Jumblat said.

"I wish to see these statements translated into actions, especially in terms of financial support to the Lebanese army and the security forces" he added, as he stressed the dire living conditions they are facing.